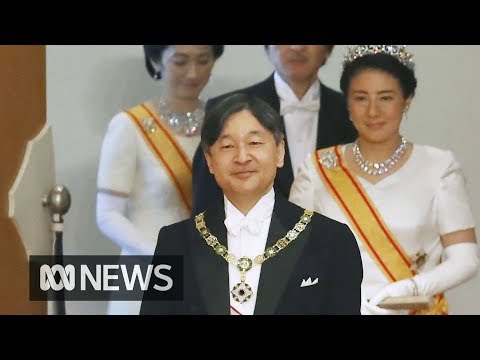 A new era has begun in Japan with the ascension of emperor Naruhito to the throne of the world's oldest continuous monarchy. Acceding to the crucial, symbolic role after his father abdicated yesterday, the new emperor said he felt a sense of solemnity in a transition that hasn't happened in more than 200 years. North Asia correspondent Jake Sturmer reports from Tokyo. Read more here: https://www.abc.net.au/news/2019-05-01/japanese-japan-emperor-naruhito-assumes-post/11062844 For more from ABC News, click here: http://www.abc.net.au/news/ Subscribe to us on YouTube: http://ab.co/1svxLVE You can also like us on Facebook: http://facebook.com/abcnews.au Or follow us on Instagram: http://instagram.com/abcnews_au Or even on Twitter: http://twitter.com/abcnews