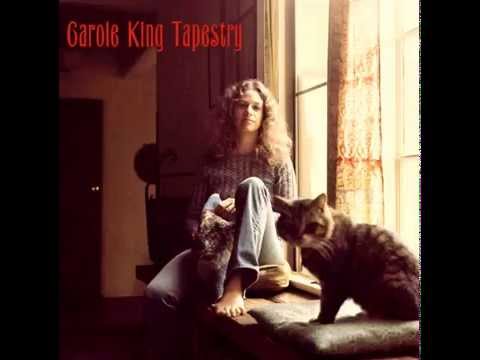 1st track from "Tapestry" (1971). Tapestry was instantly recognized as one of the landmark albums of the singer-songwriter genre of the early 1970s. With numerous hit singles, it would remain on the charts for nearly six years, selling over 10 million copies in the United States alone, and an estimated 22 million worldwide, making it King’s most popular album to this day among fans and critics alike. The album garnered four Grammy Awards at the 1972 ceremony, including Album of the Year; Best Pop Vocal Performance, Female; Record of the Year (It’s Too Late); and Song of the Year (You’ve Got a Friend). Tapestry was placed at #36 on Rolling Stone’s 500 Greatest Albums of All Time, while “It’s Too Late” was placed at #469 on Rolling Stone’s 500 Greatest Songs of All Time. And until Michael Jackson’s groundbreaking album Thriller came along in 1982, Tapestry was the top-selling pop solo album of all time, with sales of 13 million copies in 1971 alone. ~ http://www.last.fm/music/Carole+King/Tapestry [I'm uploading this at a lower volume because I find most of Carole King's songs on YouTube just too gosh darn LOUD to fit comfortably into my playlists! 2nd attempt - volume setting 75% sounds about right]