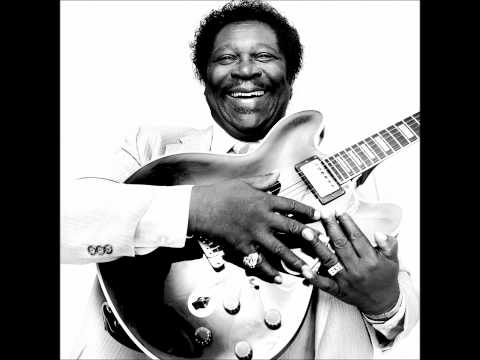 B.B.King - Better Not Look Down

http://www.bbking.com/ Quotes "Water from the white fountain didn't taste any better than from the black fountain." -- B. B. King Born on September 16, 1925, in Itta Bene, Mississippi. A singer and guitarist born into a sharecropping family, B. B. King became one of the best-known blues performers, an important consolidator of blues styles, and a primary model for rock guitarists. Following his service in the U.S. Army, he began his career as a disc jockey in Memphis, Tennessee, where he was dubbed "The Beale Street Blues Boy." That nickname was soon shortened to "B. B." King made his first recording in 1949, and the next year began a 12-year-long association with Kent/RPM/Modern, for which he recorded a string of rhythm and blues hits. He also toured the nightclub circuit continuously, averaging over 300 shows annually for over 30 years. His style of music earning him the title of "King of the Blues." In 1962 he signed with ABC Records, which released Live at the Regal, a benchmark blues concert album. In 1969 he released his biggest hit single, "The Thrill is Gone." The first bluesman to tour the Soviet Union in 1979, by this time he had also become the first bluesman to enter the pop mainstream, making regular appearances in Las Vegas, Nevada, and on network television. King also found commericial success with the many collaborations he's made over the years with artists such as Eric Clapton, Elton John, Sheryl Crow, Van Morrison, Bonnie Raitt, to name just a few. In 1987 he was inducted into the Rock 'n' Roll Hall of Fame. Still performing into his 80s, King won his fourteenth Grammy Award in 2006, and that year embarked on a sell-out international tour. That same year, he received the Presidential Medal of Freedom. In 2008 the B.B. King Museum and Delta Interpretive Center opened in Indianola. The museum is dedicated to King's music, the music which influenced him, and the history of the delta area.