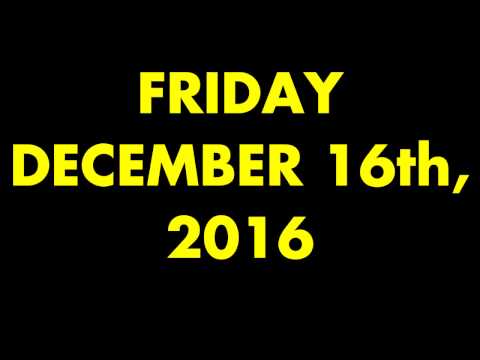 A little bit shaky here and there due to me rushing to set up my Tripod as I walked in two seconds before Tino Drama's set started but I heard this song and it’s my favorite. Tino Drima is: Gregory DiMartino - VOX Ryan Gonsalves - VOX/Tambourine Rob Mills - Drums Grayson Converse - Synth/Keys Scott Huerta - Fender Mustang MacKenzie "Mac" Bunch - Da Bass YEEEEEEEEES “Wolf” is the opener and is “AH FAWKIN WICKED PISSA!” You can listen to it on SoundCloud ₁ like the 609-other sheep who wanna suck Greg DiMartino's unwashed "Big-Ten-Inch" here: ₁ Wolf on SoundCloud - https://soundcloud.com/tino-drima/02-wolf. ₂Aerosmith's "Big-Ten-Inch" - https://www.youtube.com/watch?v=gweUVWUYYQ8 All jokes aside Ryan Gonsalves is what makes this song classic. In a time when the word "Classic"; is rarely used accurately. "Classic" is, in the most genuine sense of the word, the exact opposite of Pitchforks faux-hipster, but still major label financed scum. To them music is a commodity to be sold at the end of the day, financed and bathed in Hollywood Scrooge McDuck money, but is only a thin layer of bitcoins on top of an underside of crushed dreams. This gives the false security that Pitchforks' opinion, relevance, and prestige as a music discovery website/music source is valid and didn’t plummet when they rated Rihanna’s “Anti” #19 ₃. On their 2016 Best-Of List (You heard that Tame Impala cover?!?!?! Number #1 On my ‘Boogie-in’ Down playlist...it’s should have been #1. ..On Thursdays, the office leads a "breast-stroking through European Currency” team buIlding activity as a group building exercise where the Scrooge McDuck pool is drained and refilled with whatever European currency the British elite feel like devaluing using their LIBOR. I think they are going old school and using the old Italian Lira after the new year. ₃ Rihanna at #19 on Pitchforks top 50 of 2016 - http://pitchfork.com/features/lists-and-guides/9980-the-50-best-albums-of-2016/?page=4 ₄ From my insider at Columbia - http://pitchfork.com/features/lists-and-guides/9980-the-50-best-albums-of-2016/?page=4 Must have been some article written by some Northwestern English and Ceramics student graduating as a super senior, living on the Dole while on an iPhone 6 by some hipster scum waiting to argue with Wells Fargo to have one of her overdraft fees removed from her prepaid checking account in Chicago. I’m not to judge I've been on the Dole for 4 months…and don’t get me start on Overdraft Fees & NSF Funds... “Let he who is without sin cast the first stone" JOHN 8 She must have been still hungover from her second one night stand in a week with Tinder Guy #5 and desperately needs $25 bucks to pay the copay at the Chicago free clinic. The San Francisco City Clinic has a free STD test even if you don’t have insurance Monday through Friday, but get there 20 minutes before it open…trust me I went on Thursday. Her article opens with: "Animal Collective are gods & make this song a classic, that will live forever be in the library of congress” That makes me angry. NONONONONO I mean classic like in the sense of Wagner’s “Ride of the Valkyries”. Ms. Gonsalves kills it and provides Greg’s refrain “I treat you like a bitch just to cut you out” a non-misogynistic vibe because, “Hey…there is a woman signing it too! I guess I’ll let this one slide” making the rather feminist crowd less off-put by the essence of a man among men owning the stage. I'm just messing with you Gregory...because I'm insanely jealous of your talent. You put into words the feelings we all feel but others are afraid to scream into a microphone. All of us have been in the position having an unrequited love who won't get it and until you are frank with them they will never get it. But by being frank with them and you are now the dick and ass-hole. Your words misconstrued as if not being in love with someone is a crime. Any person in their twenties can relate to the song (TDs) song with the more poetic refrain from Liz Phair’s song “Nashville” off the album Whip-Smart; which sang as, “I don’t crack a door too far for anyone who’ pushing too hard on me”. At Least that’s what I think the song is about. A woman is being annoying and the man’s cave man like the solution is to treat her like a bitch, which elicits the "wants what it can't have response" & only more attraction. Liz Phair's - "Nashville" - https://youtu.be/kfVhvM6h0LY In the words of Trent Reznor, “I just want something I can never have." Nine Inch Nails "Something I can Neve" - Have)https://youtu.be/WAGAoy5WZWY